Cryptocurrencies are focusing on keeping all of the tokens on their network indistinguishable from one another, therefore non-fungible tokens (NFTs) are undoubtedly the most unique kind of asset in the cryptocurrency market. An NFT might be a digital trade card, a painting or a tweet. In 2021, the NFT market reached record heights. People are increasingly gravitating towards NFTs, both purchasing them and minting their own. But it raises the issue of whether this was a breakthrough as far as how digital technology can be marketed.

As we get deeper into the history of NFT, we can have a better grasp of how this distinct digital trend got its start.

The concept of NFTs came from a “colored coin” distributed on the Bitcoin network in 2012-2013. Colored coins were digital assets that could be used to establish ownership of anything from rare metals to autos to real estate to shares and bonds. The initial concept was to utilize the Bitcoin network to store valuables like digital rarities, coupons, property, and business shares. They were regarded as an innovative technology with raw potential for future use. Colored coins opened up the door to additional experimentation and set the framework for many of the innovations of the NFT.

Due to colored coins, many individuals realized the enormous potential of blockchain asset issuance. People realized that Bitcoin, in its present form, was not built to support these capabilities. Counterparty, created in 2014 by Robert Dermody, Adam Krellenstein, and Evan Wagner, is a peer-to-peer financial system and distributed, open Network protocol built on top of the Bitcoin blockchain. In addition to allowing asset creation, Counterparty also has a decentralized exchange and a cryptocurrency token with ticker XCP. Among its many initiatives and assets were a trading cards game and meme trading, to name a few examples.

Spells of Genesis‘ creators were the first to issue in-game assets into a blockchain using Counterparty and to conduct an ICO. ICOs were originally referred to as crowdsourcing. Spells of Genesis supported development by issuing an in-game currency called BitCrystals.

New trends emerged around August 2016. Counterparty partnered up with the famous trading card game Force of Will to launch their cards on Counterparty. According to sales volume, Force of Will was the fourth most popular card game throughout North America, behind only Pokemon, Yu-Gi-Oh, and Magic. Even though they had no previous blockchain or cryptocurrency expertise, their entry into the ecosystem served as a testament to the need of placing such assets on a blockchain.

Memes made their way onto the blockchain in 2016. Memes first appeared on the Counterparty platform in October of 2016, and have since spread across the network. Folks began to make assets towards a specific meme dubbed “Rare Pepes,” which was popular at the time. Rare Pepes was a meme that features an intriguing frog avatar that has gained a large and loyal following over many years.

Rare Pepes began to be exchanged on Ethereum in early 2017. Rare Pepe’s first live auction was hosted at the first Rare Digital Art Festival by Portion’s founder Jason Rosenstein and Louis Parker. According to a March 2017 announcement, Peperium would be a “decentralized meme marketplace and trading card game which allows anybody to generate memes that live forever on IPFS and Ethereum.” For meme development and listing costs, Peperium has a token called RARE. With Rare Pepe Wallet, artists worldwide may submit as well as sell their work for the first time. Digital art has inherent worth for the first time.

As the trade of Rare Pepes became more popular, John Watkinson and Matt Hall, the founders of Larva Labs, developed unique characters that were also produced on the Ethereum network. There were no two identical characters, and the total number of characters would be restricted to 10,000. The project’s name, Cryptopunks, was inspired by a Bitcoin experiment conducted in the 1990s, and it may be regarded as a combination of the ERC721 and ERC20 protocols.

CryptoKitties NFTs got off to a flying start thanks to the ERC721. CryptoKitties was developed by Axiom Zen, a Vancouver-based firm, and soon gained popularity, resulting in the company receiving money from prominent investors as a result of the increase in users. Using Ethereum, they operate as a virtual game built on the blockchain that lets users adopt and breed, as well as exchange virtual cats with other players. They gained widespread attention and were featured on various news broadcasts, including CNBC and Fox News, among others. Dapper Labs was formed when Axiom Zen separated from CryptoKitties.

A quick look at the ERC Token Standards:

Tokens could interact with one another thanks to the rules of ERC20, the most widely used Ethereum Token Standard. ERC20, however, is not the greatest standard for developing unique tokens. On the Ethereum blockchain, we have ERC721, which was created to become the standard for non-fungible tokens. Tracking the ownership and movement of individual coins from one single smart contract is made easier with the help of ERC721 standardization.

Over time, NFTs gained public attention, mostly via NFT gaming and metaverse initiatives. Decentraland was the first to launch its decentralized Ethereum-based VR platform. In Decentraland, players may create, play games, and gather stuff. Imagine Minecraft, except everything you construct, discover, and earn is yours.

Soon after, Enjin Coin (ENJ) platforms and games emerged, allowing developers access to tokenize in-game assets on Ethereum. Using ENJ may give those objects real-world worth. Another blockchain-based trade and battle game, Axie Infinity (AXS), was created. All of those platforms were developed during the crypto-winter and went unnoticed. Until 2021, when NFTs became popular.

Interest in NFTs grew in 2021. Other blockchains like Cardano, Solana, Tezos, Flow, etc. entered the fray with their own NFTs. As a result, new criteria were established to assure that the assets represented are truly one-of-a-kind. Around the start of the second half of the year, the media often predicted a massive bubble set to collapse. After Facebook announced it was rebranding itself Meta and going to the metaverse, NFT demand soared in the fourth quarter.

After taking a look at the history of NFTs, you can visit eneftygallery.com to stay up to speed on the newest information about NFTs. This is your go-to place to learn about NFT platforms, wallets, and royalties, among other topics. We offer a diverse variety of NFT- and crypto-related content.

The history of non-fungible tokens spans far longer than most people are aware of. As we begin to transition from an experimental to a mainstream period, the future is filled with limitless possibilities. Other decentralized financial systems based on blockchain technology have seen significant improvements since Bitcoin. Global investors now have a new way to profit outside the market.

Despite these advances, the blockchain world has its drawbacks. For the same reasons, numerous projects are opting for venture capital instead of token sales. Nonetheless, NFTs may assist investors and entrepreneurs locate better offers. Traditional investment monitoring and other token-raising approaches are inefficient and expensive. This may differentiate NFT in 2022.

The post A Brief History of NFTs appeared first on eneftygallery.com. 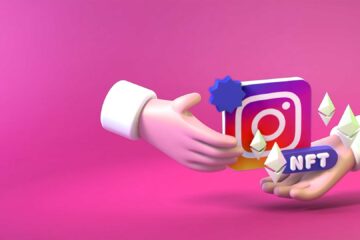 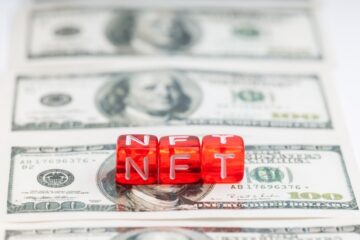