In our ever-changing environment, we see new and innovative technology interventions every day, which causes us to question our assumptions about the future. For instance, Connectivity was tough decades ago, and individuals had to lug around heavy telephone equipment to contact their family and friends. With the introduction of the internet, people all over the globe had access to a variety of services, including email and social media, which facilitated communication. Phones grew smaller, faster and smarter – to the point where you can practically carry all the information you need in your pocket.

A fascinating notion that is becoming more and more popular as the technology sector changes is the concept of the Metaverse. As a result, it is not unexpected to hear individuals asking one another what this phrase means. Some individuals believe that this word is synonymous with the Multiverse. Although these two notions seem to be similar at first look, there are significant variances between them.

Let us explore both concepts to have a better grasp of them.

What Is the Metaverse?

The Metaverse is an immersive 3D realm that combines different AR, VR, and MR encounters to create a convergent environment in which users may interact with one another and the 3D universe surrounding them.

Since the introduction of games as Second Life, the Metaverse has indeed been evolving. Minecraft, Second Life, and other virtual reality games proposed another universe where you might live as a 3D version of yourself, going through comparable emotions, transactions, and interactions. Human-computer interaction (HCI) was introduced by Decentraland, Sandbox, and Microsoft.

As the dominant social media company, Facebook renamed itself “Meta,” the concept of a Metaverse picked up steam. Zuckerberg praised the move because of his company’s endeavor to develop a new digital ecosystem in the Metaverse. Facebook’s effort prompted many other businesses to explore the Metaverse.

In the future, the many Metaverse platforms that these firms are developing will be brought together to create a fully integrated environment.

What Is a Multiverse?

The Multiverse is the hypothesis of parallel worlds found in physics, cosmology and astronomy, as well as other related sciences. A limited number of molecule combinations may exist in an infinite environment. Therefore, the matter is pushed to replicate patterns, giving birth to worlds identical to or utterly different from our own. The concept gained popularity in the mid-to-late-20th century.

These worlds, whose similarity to our own varies in degree, may simply have a different time frame. They may share fundamental rules with our world, yet operate on a separate set of physical characteristics. There may be numerous worlds with every imaginable combination of molecules.

The finest illustration of a Multiverse could be found in the world of online gaming. Online gaming platforms are becoming a key focus of entertainment and engagement for people throughout the world. We could include social media outlets in our definition of the Multiverse as well. The concept of multiple players or a big number of people in one game, as well as role-playing games, can be found on many different gaming platforms nowadays

Difference Between Metaverse and Multiverse:

The Metaverse and Multiverse are fundamentally different. The main contrasts between the two could also assist you to comprehend their ideas. We shall discuss a few points below.

The number of universes:

The most fundamental distinction between the two is the number of possible worlds. Unlike the Multiverse, which contains an endless number of worlds, the Metaverse has just one universe, which may be accessed using your computer or perhaps an augmented reality technology such as Google Glass.

The Metaverse allows you to collaborate on projects with your friends, play games, and watch movies on several devices inside the same environment.

Currently, the Metaverse is just a technological platform or environment that is in the early stages of development. There are existing versions of it accessible for users to acquire. The Multiverse either exists or does not exist; it is not undergoing any form of the creation process, therefore scientists are merely attempting to establish its existence by scientific evidence.

The presence of order and randomness is another major distinction between the Metaverse and the Multiverse. While there is a significant degree of order existing in Metaverse, when it comes to a Multiverse, there is no such thing as order. The whole Metaverse is linked together in some fashion, and it is made up of information that moves via a network of interconnected nodes.

A deeper look at the contrasts between the Multiverse and the Metaverse brings ownership into the picture. The Multiverse consists of many distinct virtual universes. These worlds are usually encountered in single-owner online games.

The game developer owns your data, assets and experiences. While you can acquire new assets in the Multiverse, you cannot extract value from them. For example, you can’t utilize in-game treasures to purchase supplies in another game. The Metaverse gives people full ownership and management of their possessions. For instance, NFT avatars link Metaverse members’ virtual and actual identities. Participants also own the NFTs or products they generate in the Metaverse.

Conditions of the Weather:

The weather state is another difference between the Metaverse and the Multiverse. In the Multiverse, there is no such thing as weather. However, in the Metaverse there is indeed a perfect climate as well as weather conditions present, and a range of activities to participate in on various days. Furthermore, it is not affected by changes in temperature, precipitation, snow, or other weather conditions.

The Metaverse is a hybrid of augmented reality, virtual reality, and mixed reality to give a highly interactive experience. As technology progresses, the Metaverse’s representation of the actual world will become ever more realistic, and users will find it simpler to navigate between the real world and the Metaverse.

A Multiverse, on either hand, could include other realities that are opposed to our own. Theoretically, there may be two-dimensional things and humans in a world with different rules of physics than the one we are familiar with.

Both concepts have their own set of distinctions as well as their own set of advantages. Metaverse is a notion that might pave the way for a future in which we will be able to interact with a virtual world linked with it. However, the Multiverse offers the possibility of developing several evolved ecosystems in various locations across time.

The post The Difference Between Metaverse and Multiverse appeared first on eneftygallery.com. 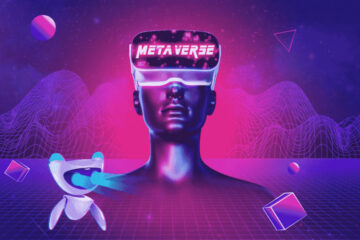