As the individuals believe in and realize the value of cryptocurrencies, they keep gaining worth. The greater the number of individuals who possess crypto, the more probable it is that it will be widely embraced and appreciated over time.

Cryptocurrency continues to grow appeal among individual traders, businesses, and even whole nations, according to CoinMarketCap. Giving out cryptocurrency for free has shown to be an effective marketing strategy for introducing digital assets to a larger audience as well as for launching new tokens.

Let us first take a look at what exactly are giveaways.

A giveaway is anything that is given away to the users, particularly as a gift or premium. For example, in the real world, it could be a small calculator given away with every new magazine membership, or a discussion game on a television or radio show wherein prizes are given out to the winners. In the case of the cryptocurrency world, cryptocurrency exchanges provide giveaways to the public in the form of tokens or coins.

Before we go any further, let us clarify cryptocurrency and explain how it works in practice.

What is a Cryptocurrency?

Crypto is a digital payment method that does not depend on banks for transaction verification. It’s a peer-to-peer payment system that allows anybody, anywhere to make transactions. Cryptocurrencies use a distributed public ledger known as the blockchain, which keeps track of all transactions.

Mining is the process of employing computer ability to solve complex mathematical problems to produce cryptocurrency units. To use encrypted wallets, users may acquire the currencies through brokers.

In terms of cryptocurrency giveaways, you should be aware of the following:

As a marketing tactic in the cryptocurrency industry, an airdrop is a practice of distributing crypto coins or tokens to specific wallet addresses. The airdrop is just a promotional activity that is often carried out by blockchain-based firms to assist with the initialization of a cryptocurrency project. Its goal is to raise awareness about crypto and to encourage more people to trade in it when it launches as an initial coin offering (ICO) on a cryptocurrency exchange

Members of a blockchain community who are active in the community are rewarded with modest quantities of the new cryptos, which are transferred to their wallets for free or in exchange for a little service, like retweeting a post from the firm that created the currency.

In an article on a CoinDesk blog, Michael J. Casey, Chairman of CoinDesk’s advisory committee and an adviser of MIT’s blockchain research program, stated that some promotional strategy is required for a cryptocurrency to grow.

“If money is not extensively utilized, it is worthless. And that can’t happen unless individuals make a cost-involved effort to promote wider use “He wrote.

Auroracoin (AUR) was one of the first and most popular airdrops, intended for Icelandic residents. When the designers of Auroracoin revealed the issuance phase that began March 25, 2014, the term “airdrop” became popular.

Non-fungible tokens, also known as NFTs, are one-of-a-kind digital assets that are created via the use of blockchain technology that represents digital or physical items. These are non-fungible, which means that they cannot be traded for one another in the same way as fiat currency or cryptocurrencies

There are numerous giveaways in the realm of NFT as well. A large number of artists as well as NFT firms run giveaways on Twitter, generously giving away a certain number of NFTs free to users. All that is requested is that you show your support for them by keeping up with their programs and projects.

Take a look at our article “What Are NFTs?” for more information.

The Dallas Mavericks, owned by Mark Cuban, announced in November that they would give away $100 in bitcoin to everyone who installed the Voyager Digital application. This trading platform has much more than 2 million verified members and provides access to over 60 different currencies for trading. The Texas NBA franchise, which has been owned by the crypto-bull for a long time, recently announced a five-year agreement with Voyager.

Burger King, in a similar approach, joined with Robinhood and gave out $2.6 million in cryptocurrency to members of the fast-food chain’s loyalty club in the United States. Burger King said in the release that it is willing to give a total of 20 bitcoins, 200 ether and 2 million dogecoins to customers.

Customers who place an order of $5 or more using the Burger King application before November 21 2021 were entered to win, according to the company’s official website. The offer comes on the heels of Robinhood’s third-quarter financial report, which revealed that income from cryptocurrency trading had dropped by 78%.

McDonald’s gave away a limited amount of McRib NFTs to celebrate the 40th anniversary of the McRib. McDonald’s giveaway took place via Twitter in November 2021, according to the company.

Several hundred free NFTs were distributed by NFTevening, a news website that focuses on the NFT industry. The website covers everything related to NFTs, including news, blockchain games and collectibles, as well as digital art. NFTevening attempted to give out to the greater NFT community with its NFT giveaway. Even their first NFT is a nod to NFT aficionados who are eager to learn more about the spacecraft they have built.

CryptoCurrencies to give away:

Considering that there are more than 7,000 currencies available on the market, below are some of the most reasonable and remarkable cryptocurrencies to give as a present.

It is among the most affordable and promising currencies to engage in. Because of Elon Musk’s celebrity hype, Dogecoin has a changing price and has reached a new level before the end of 2021.

If you want to offer a crypto token to users, Ethereum is the market’s silver. Experts agree that Eth is worth investing in because its blockchain has successfully transformed the Defi business with smart contracts.

EOS offers one of the greatest blockchain networks for distributed app development. This blockchain can remove transaction costs and accept Visa and MasterCard transactions. Experts estimate EOS will hit $80 by the end of 2023.

What are the advantages of giveaways?

Users like giveaways, regardless of how large or little the offer is, and they’re more willing to put in the effort if the reward is worthwhile. The question of why giveaways pay off can be addressed by explaining some of the benefits of giving something away:

Giveaways attract new users: Whether you open up a promotion to the general public or just to your existing users, giving away prizes may help you build your customer base. A campaign that is appealing to your target market and is simple to participate in will provide you the chance to capture the eye of new users and gain the possibility of a lifelong client.

Intriguing content: A giveaway is an ideal caption for promoting across all of your social media networks at once. It has the potential to enhance your reach, views, and engagement. If you do not utilize shares as a method of entry for your giveaway, publishing or even publicizing your giveaway in a sponsored advertisement will almost certainly result in the addition of a few new users.

Effective for new cryptocurrency: When a new cryptocurrency is introduced to the market, giveaways are the most effective approach to promote it and bring it into the mainstream. Users’ aid could be gathered for involvement in the new token by giving gifts to them.

How to Successfully Run a Giveaway:

Let us use Twitter as an example to demonstrate what it takes to run a successful giveaway. Some tips are mentioned below:

Prepare for your event: Decide on the objectives of the giveaways before you begin.

Focus on the content: Pay attention to things that are currently trending and have received a lot of attention. Whether certain content works or not may be readily tested by looking into things that have worked in the past.

Create a visual content approach for your campaign: One marketing trend which can’t be ignored is the increasing importance and impact of visual material in marketing.

Learn the Tweet flash feature: When a thread has ten tweets, that is not a single statement that determines whether the thread will survive or perish; rather, it is ten times that number of tweets.

Reward your users generously: Set standards and reward users who meet or exceed them.

Promotional giveaways are a unique approach to reach and engage a big number of people in a short period. The giveaways are beneficial in both the cryptocurrency and NFT marketplaces. By delivering freebies in the market, one may reap a variety of rewards if they do it via the proper channels.

The post Why Giveaways Pay Off appeared first on eneftygallery.com. 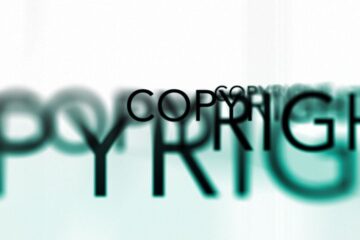 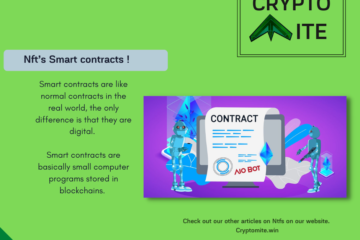